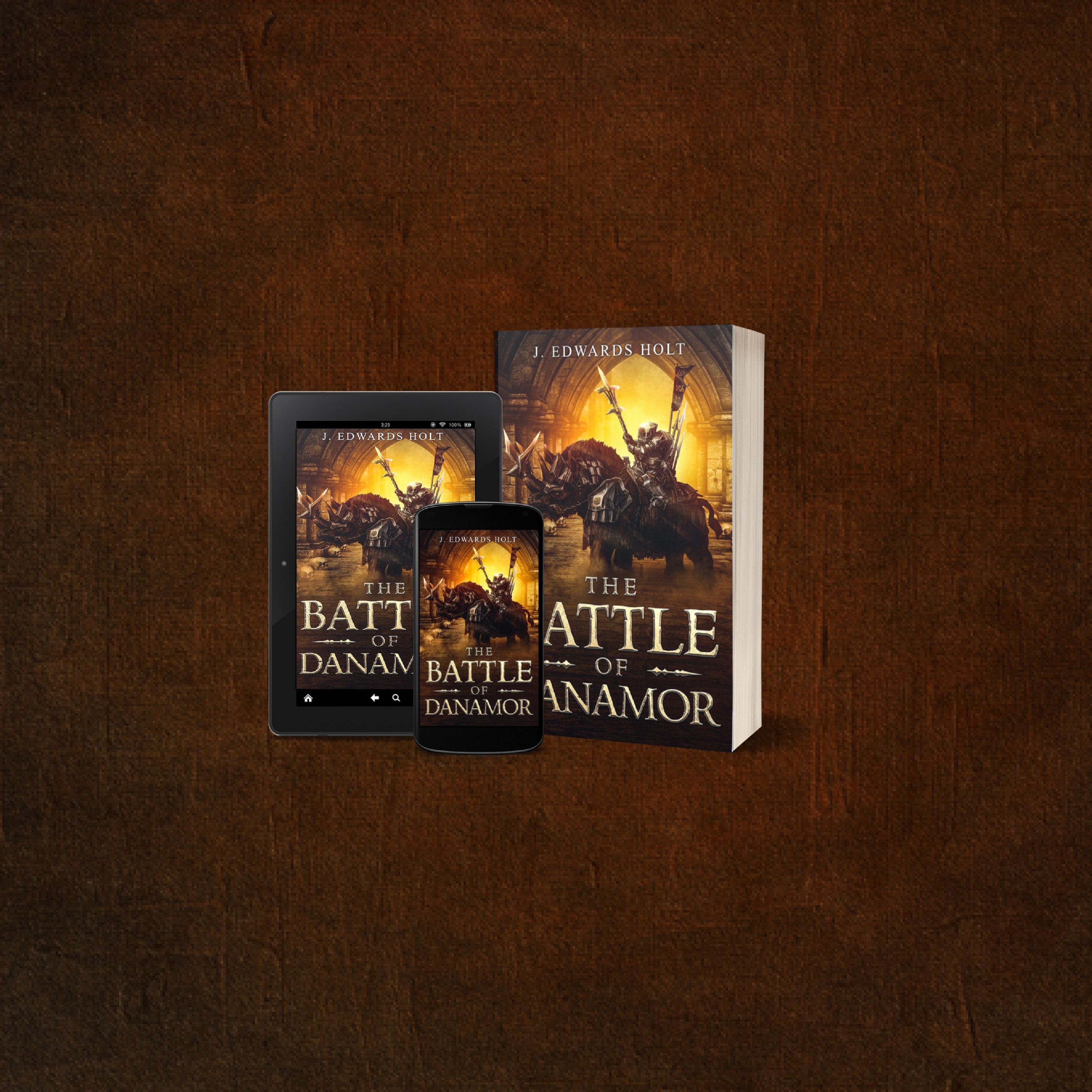 I didn’t plan on “Little Men, Big Treasures” becoming a trilogy — but here we are! ”The Battle of Danamor” takes you back to the Mountain Realm once more, bringing a conclusion to the epic fantasy series.

Peace turns to chaos in the Mountain Realm when a great evil threatens to destroy the kingdom of Danamor. With their king gone, having mysteriously vanished, the dwarves of Danamor struggle to maintain their peaceful way of life. It seems that no one, not even the fallen king’s trusted followers, are able to unite the divided and leaderless kingdom. One day, an unsuspecting young dwarf named Dwobble finds himself caught in the middle of the political conflict, but not before embarking on a journey that leads him to learn great truths about his family’s past. Along his journey, Dwobble encounters fantastic mythical creatures, forms an unlikely friendship with a living legend, and is ultimately faced with a life-changing decision in the epic final chapter of J. Edwards Holt’s “Little Men, Big Treasures” trilogy.