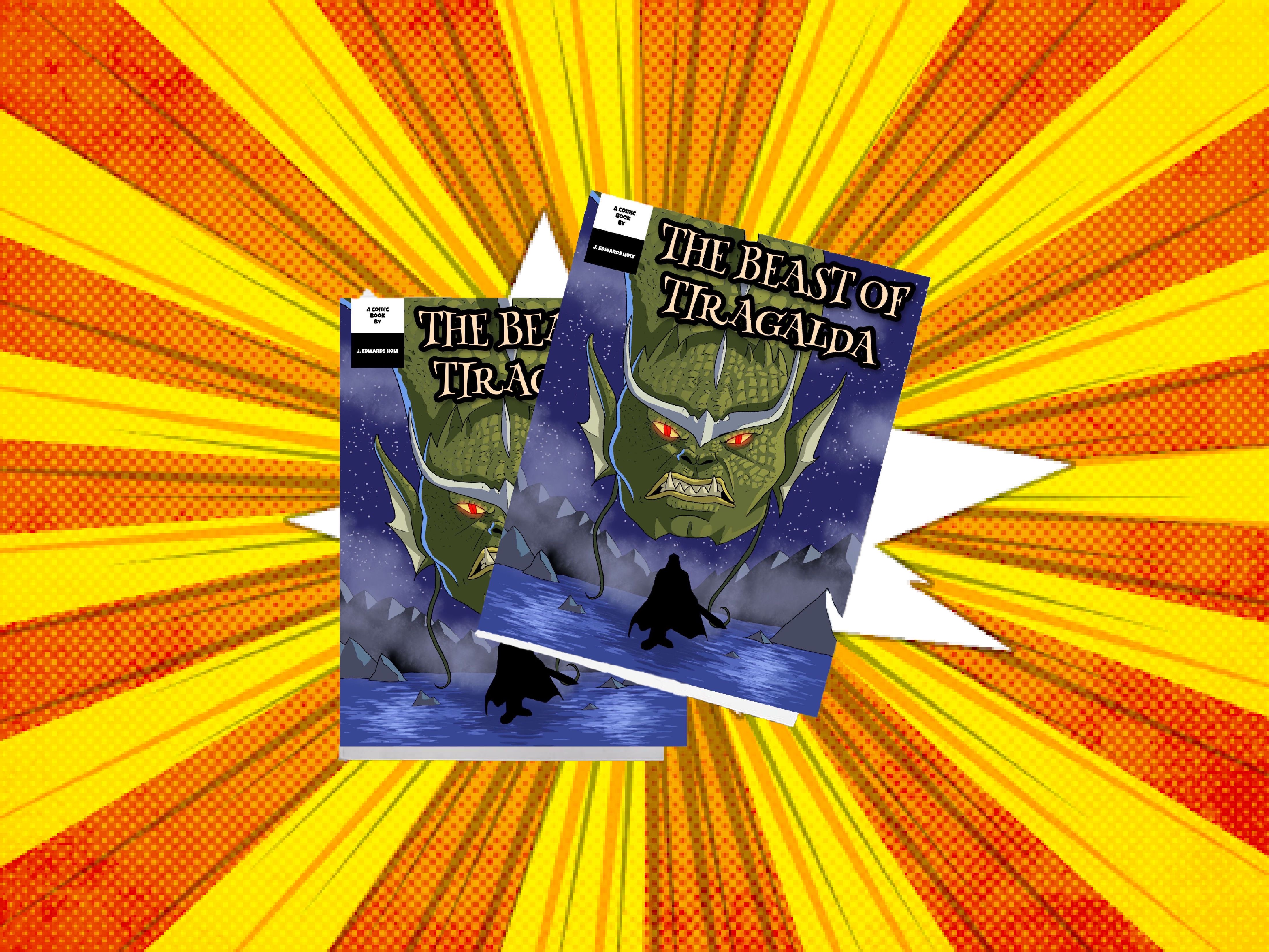 I Wrote a Comic Book! It was at a very young age that I fell in love with comic books. In elementary school, I looked forward to the book fair every year and saved up money to buy the latest Captain Underpants comic. Aside from Christmas, it was the most exciting time of year. Each year I would buy the comics, reading them over and over, even teaching myself how to draw the characters.

When I reached fourth grade, I started coming up with my own characters, drawing them during classes and in my spare time at home. I eventually came up with stories for the characters and drew my own comic books. Since actually publishing them was nowhere near possible at the time, I ran copies of each page and stapled each book together. After school I sold the comic books to my friends for a quarter a piece. All in all it was a successful venture, and my classmates encouraged me to keep making books as they were interested in the stories.

My imagination and creativity eventually led to me writing and publishing four novels, something I never could have imagined I would achieve. I had always had a love for young children’s books as well, so I decided to publish one that was in line with my other books. Though it was a one-time thing, it turned out to be a success, which got me to thinking “What can I do next that’s different from my main course”?

Once I had the resources, I decided to write and publish a comic book, something I had never actually done, set in the same world as all my other published works. I already had a bunch of story ideas in my head, so it was tough deciding which one I wanted to see adapted into a comic book. Finally, I decided on “The Beast of Tiragalda”, a story I had been sitting on for a while — something I originally planned to make into a short story or a novel, but ultimately decided that it would be best told as a comic.

While it is a standalone comic, “The Beast of Tiragalda” has close connections to my previous and upcoming books, set in a time period between my “Little Men, Big Treasures” series and the trilogy I’m currently working on. Filled with action, suspense, and surprise appearances from familiar characters, “The Beast of Tiragalda” is sure to satisfy you or the comic lover you know!