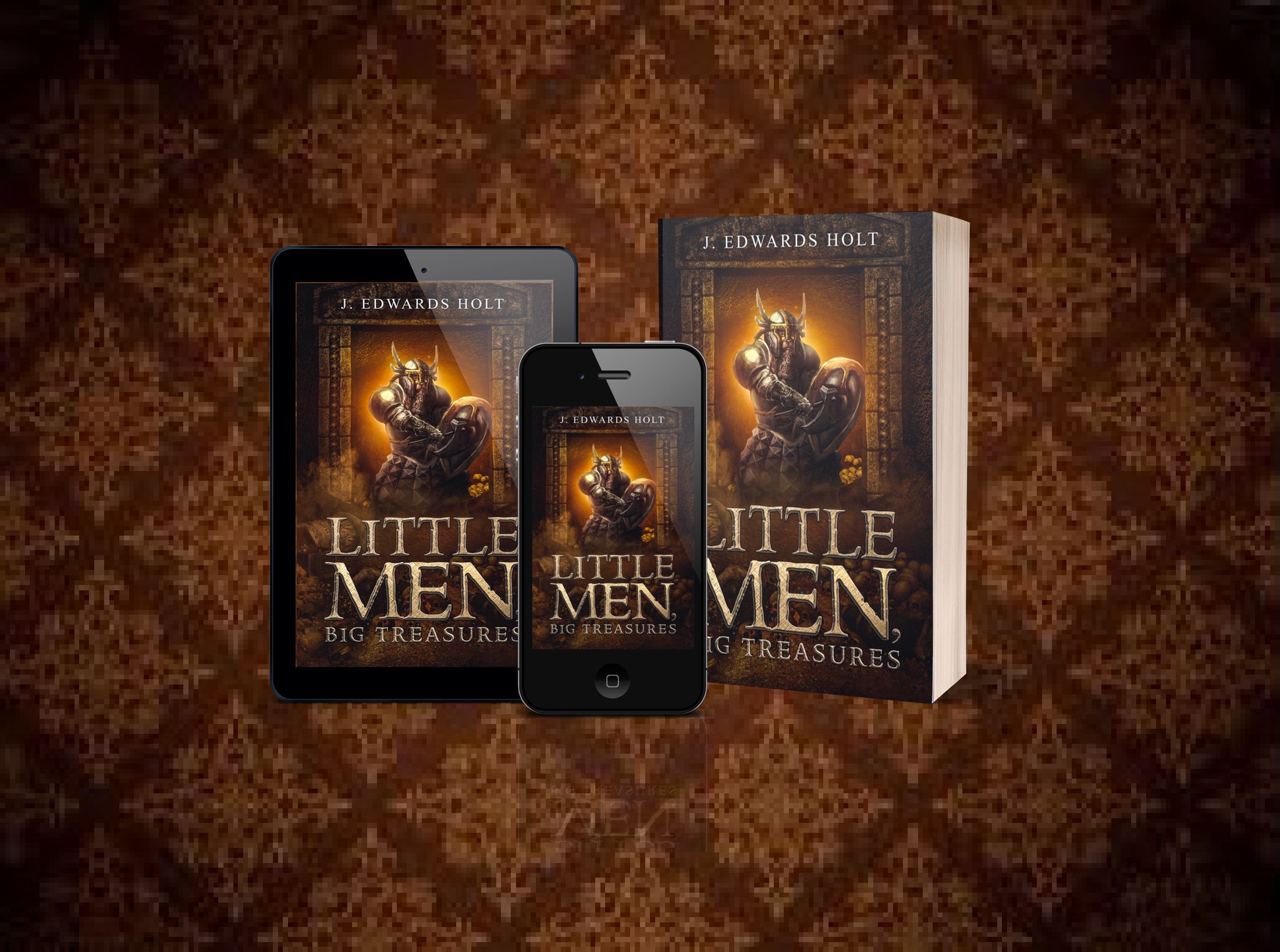 “Little Men, Big Treasures” takes you to a magical new world where you’ll follow O’balin, son of Blorn, an eager young dwarf and a native to the mysterious Mountain Realm. Having been a treasure hunter for most of his life, O’balin is overjoyed when he hears that the king of the Mountain Realm is offering a vast reward to the one who finds The Lost Treasure of Undur, a long-lost treasure that has been missing for generations. Despite warnings from his neurotic brother and others around his home, O’balin is unable to pass up such a grand opportunity and thus gathers a handful of his family and friends to accompany him on the journey of a lifetime. Along the way O’balin and his comrades experience grand adventures, incredible battles, fun and laughs, sacrifice, and even loss in the first to come in a series of epic tales by me, J. Edwards Holt.