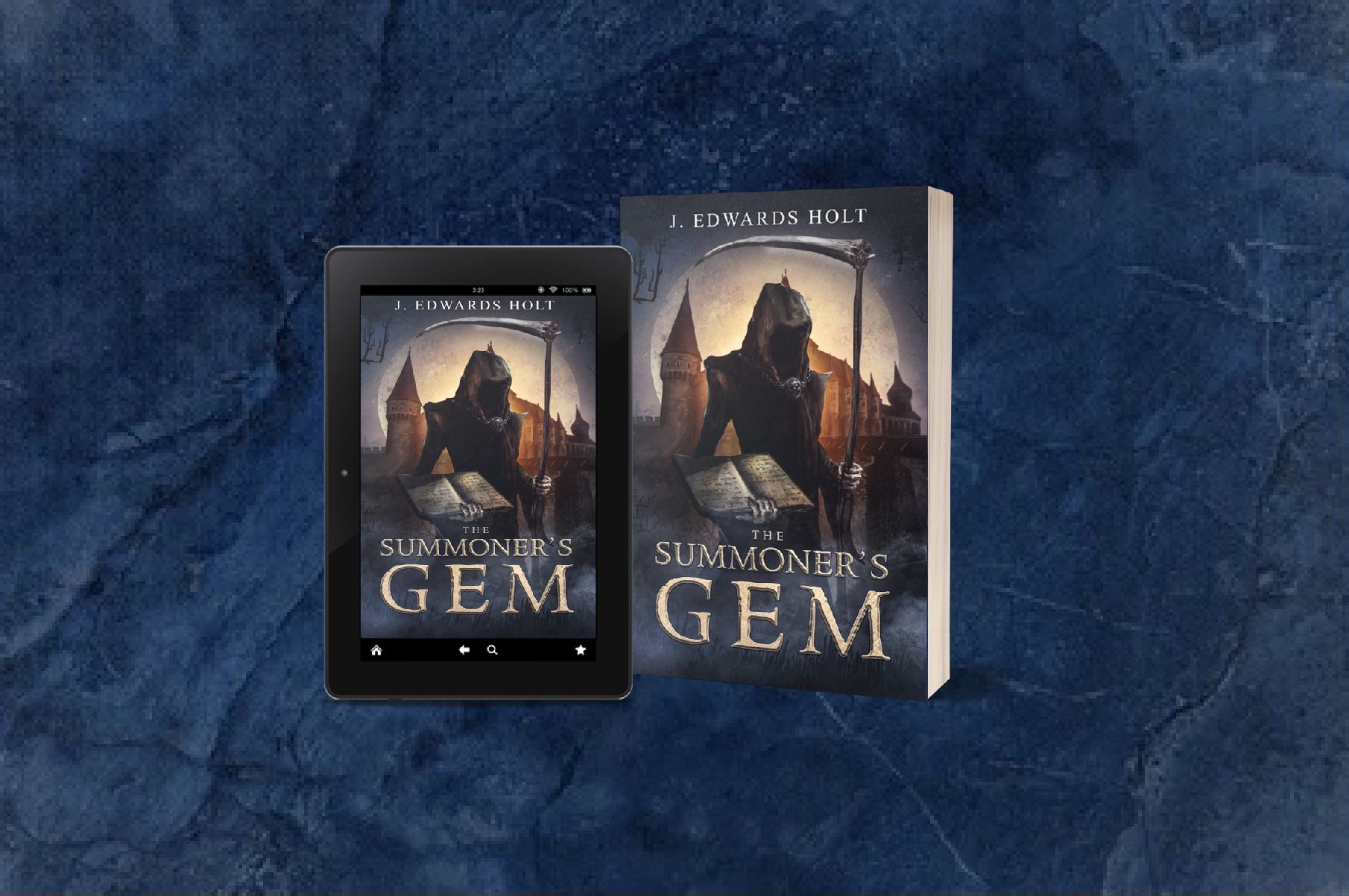 The Sequel to Little Men, Big Treasures is here!

When I first wrote “Little Men, Big Treasures”, I had no intention of making it a series. But after the book’s warm reception and good reviews, the idea for a sequel came to me! “The Summoner’s Gem” takes you back to the magical Mountain Realm, where things have changed quite a bit since the first book.

Three decades after returning home from the adventure that made him famous, the legendary dwarf treasure hunter O’balin Undur has gone missing. Many have presumed O’balin to be dead, including his old friend Bindle, the aged and worn mayor of Mountainside Village. After receiving an urgent letter addressed specifically to him, Bindle sneaks out of town to visit the home of an old friend; There he is greeted by a surprising guest who claims to have seen O’balin alive, searching for a mysterious stone called the Summoner’s Gem. Middle-aged and tired, but still craving adventure, Bindle leaves behind his home and family and embarks on a quest to find his long-lost friend. Along the way Bindle forms lasting friendships, travels to new and strange places, and finds himself face to face with a wizard in an encounter that will forever change his life. Experience adventure, suspense, and even laughs in the epic follow-up to my book “Little Men, Big Treasures”.